Kosovo is a Balkan country that self-declared independence from Serbia back in 2008. Although Kosovo is recognized by most of the European Union countries and the United States of America, it is not recognized by Serbia, Russia, and several other countries. Kosovo flag and emblem consists of a blue background with the country’s map and six stars on top, symbolizing Kosovo’s six major ethnic groups. Blue, yellow, and white are the national colors. Albanians, Bosniaks, Serbs, Turks, Romani, and Ashkali are the major ethnic groups in the country. The official national languages are Albanian and Serbian. The national motto is, “Kosova, nder dhe detyrë,” “Kosova, Honour, Duty, Homeland.” The capital and the largest city of the country is Pristina, and as a member state of the European Union, Kosovo uses the “Euro” as the national monetary unit. Although most of the population is Muslim, Kosovo is a secular state without any official religion. The country code is “+33”, while the official domain is “.rs.”

Ibrahim Rugova is the founder and the first president of the “First Republic of Kosovo,” an autonomous province under Serbia. The national hero is “Adem Yashari,” who is the founder of the Kosovo Liberation Army who fought against Serbia and Yugoslavia for Kosovo’s liberation during the 1990s. The national day, the 17th of February, was the day Kosovo self-declared independence in 2008.

One of Kosovo’s national symbols is the national monument, “Newborn Monument,” a typographic memorial unveiled on the day Kosovo got its independence. The national mausoleum is the “Tomb of Sultan Murad,” which holds the Ottoman Sultan’s tomb who died in the Battle of Kosovo in the 14th century.

Kosovo’s national poets are Din Mehmeti and Ali Podrimja, who were representatives of modern Albanian verse. “Shota” is the national dance with strong rhythms and synchronized steps, mostly seen in weddings and festivals. The national dress is called “Veshja e Podgurit,” which are wide-sleeved, narrow collared shirts with white hats for both men and women. The national instrument is the “Ciftelia,” a two-stringed long-necked lute. The most popular sport, also the national sport in Kosovo, is football. Kosovo also has its own airline “Kosovo Airlines.” The National animal of Kosovo is Lynx 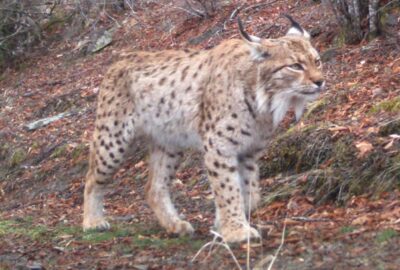 The National flower of Kosovo is Red Poppy. Botanical name is Papaver Rhoeas. The National bird of Kosovo is Eagle Rest of the National symbols of Kosovo 👇

Compare Kosovo with other countries

Compare Kosovo with its neighbours How to pronounce Kosovo