The gateway to South America is Colombia, also called El Dorado, or the land of gold. It sits in the northwestern part of the continent, where South America connects with North America. With its 1 141 748 km2 area, it is the 5th biggest country on the continent. Spanish is the country’s official language where the ethni city is diverse with White/Castizo and Mestizo, Afro-Colombians. Most of the country is Christian Catholics, but there are also some Protestants. As the second-highest capital in the world, Bogota is the capital and the biggest city of Colombia. The country code is +57, and the official national domain is “.co.”

The Colombian flag consists of the national colors yellow, blue and red from top to bottom. The national symbol is Andean Condor, just like the other Andean countries. The Andean Condor can also be seen in the coat of arms of Colombia, where it carries the emblem of fruits, gold, and ships, surrounded by the Colombian flag. Plus, “Freedom And Order” is the country motto. The 20th of July is celebrated as National Independence Day, which is the foundation date of the country in 1810. The national hero is Antonio Narino, who helped the emancipation of American countries from the Spanish Empire. Gonzalo Jimenez de Quesada is considered the national founder as he was the commander. He conquered the territory he called the New Kingdom of Granada in the current Republic of Colombia in the 16th century.

The national dish of Colombia is Bandeja Paisa, a variety of beef and pork dishes from the Medellin region. Guaro, also called Aguardiente, is the national alcoholic beverage made from Anis. Colombians are famous for their dances like Salsa, Cumbia, Merengue which all are considered national dances. La Pollera Coloras are colorful dresses, and skirts from Colombia’s Caribbean coast are considered national dresses. The beautiful flowers, orchids were born in Colombia, which is another symbol of the country. The palm trees are also crucial as the country has many, making them the national trees. The National animal of Colombia is Andean condor The National flower of Colombia is Christmas Orchid. Botanical name is Cattleya Trianae. 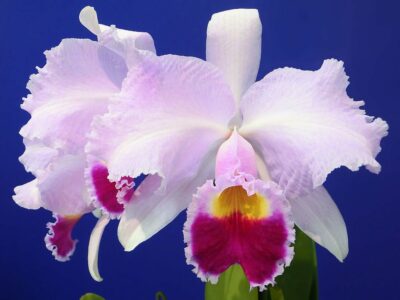 The National bird of Colombia is Andean Condor

Rest of the National symbols of Colombia 👇

Compare Colombia with other countries

Compare Colombia with its neighbours How to pronounce Colombia