Portugal officially named the Portuguese Republic, and whose alternative name is Lusitania, is the westernmost point of Europe and lies on the west coast of the Iberian Peninsula, bordered to the west and south by the Atlantic Ocean and in the north and east by Spain, which is the only country to have borders with Portugal. The capital is Lisbon, located in the west of the country. The official language of Portugal is Portuguese, the currency is the Euro, and the national domain is “.pt.” The large majority of the country is Christian Catholic.

Being one of the oldest nations in Europe, Portugal was founded in 868 by Alfonso Henriques, the first king of the country, after the battle of São Mamede. The national hero is Vasco da Gama, conde da Vidigueira, a famous explorer and navigator who commanded the first boats that arrived from Europe to India and established a commercial route.

Portugal’s flag consists of a rectangle divided into two vertical parts, the first one green, and the second red; between the two colors, there is a simplified version of the national emblem. The national day is the 10th of June 1580, the death date of the writer Camões. The national anthem is called “A Portuguesa.”

Traditional architecture is unique to the country as it reflects the various cultures and nations that inhabited the territory, including the Lusitanians, Celtiberians, Celtic, Romans, Visigoths, Moors, and many others. Portuguese cuisine is also recognized worldwide, and some of their most famous dishes include bacalhau, an age-dried fish with which you can prepare with more than 365 different recipes, and the small but delicious pasteis de nata, a crisp puff pastry filled with an egg custard that might be sprinkled with powdered sugar and cinnamon.

The national flower of Portugal is lavender, and the national tree is the Cork Oak. The national animal is the Iberian wolf, while the national bird is the famous Barcelos Rooster. Vira is the name of the national dance, and their most famous drink is the Licor de Beirao.

Portuguese cultural heritage is vast, the country is recognized for their guitar music which is also their national instrument, and their most famous writer is Luís De Camões. Portugal’s national sport is football and its most famous airline, TAP airlines. The National animal of Portugal is Iberian Wolf 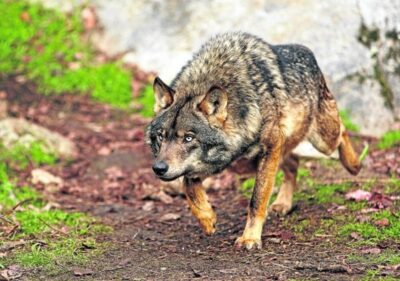 The National flower of Portugal is Lavender. Botanical name is Lavandula.

The National bird of Portugal is Barcelos Rooster 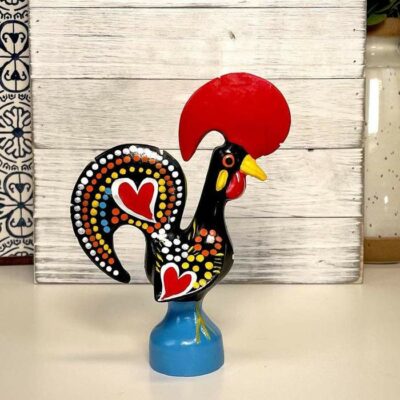 Rest of the National symbols of Portugal 👇

Compare Portugal with other countries

Compare Portugal with its neighbours How to pronounce Portugal