Hungary is a landlocked country in central Europe which is known for its spa towns and hot springs. The country has neighbors, Slovakia and Austria in the north, Ukraine and Romania in the east, Slovenia in the west, and Croatia and Serbia in the south. Budapest, the capital, is located in the country’s center and is the most developed city in the country. Hungarians speak Hungarian which is the official language, and use Hungarian forint, the official monetary unit. The population is primarily Christian, including Protestants and Catholics. The ethnicity varies between Hungarians, Romani, and Germans. The country code is +36, while the official domain is “.hu.”

“With the help of God for Homeland and Freedom” is the Hungarian symbolic motto. The head of the confederation of the Magyar tribes in the 9th century, Arpad is considered the founder of Hungary by Hungarians as his dynasty ruled the Kingdom of Hungary until 1301. Furthermore, another national symbol is Janos Hunyadi, a leading Hungarian military and political figure in the 15th century, as he defended against the invaders like the Ottomans successfully. The national day is the 15th of May, the day of the failed Hungarian revolution, which formed a cornerstone of modern Hungarian national identity. The Hungarian flag consists of the national colors, red, white, and green horizontal bands. The national emblem is called the Holy Crown of Hungary or the Crown of Saint Stephen.

The national animal of the country is Turul, a strong eagle-like mythological bird. Tulips are found plenty in the country and are considered a national flower, while the acacia tree is the country’s national tree. Hungarians love orange, the national fruit, which is yet another symbol of Hungary. The Hungarian national dish Goulash, which is soup or stew of meat and vegetables seasoned with paprika and other spices, is another significant Hungarian national symbol. Drunk as a digestif and aperitif, Unicum, the herbal liqueur, is the Hungarian national drink. Hősök Tere, or the heroes’ square, is the most famous square in the capital, Budapest, and is yet another cultural symbol. St Stephen’s Mausoleum in Szekesfehervar is referred to as the national mausoleum, which is the home of the grave of St. Stephen.

The Hungarian poet and liberal revolutionary Sandor Petőfi, along with the Hungarian poet, writer, translator, and journalist Janos Arany are the national poets of the country. Cimbalom, a type of chordophone consisting of a large box with metal strings on top along with a dampening pedal underneath, is the Hungarian folkloric instrument and another cultural symbol. Czardas is the traditional Hungarian dance for couples that is mainly danced with the national clothes; white shirts, floppy hats with black pants tucked into leather boots. Just like in many countries, football is the most popular sport in Hungary. The shape-shifting, demonic creature from Hungarian mythology, Ordog is the mythical creature and another cultural symbol. Finally, the national airline is called MALÉV Hungarian Airlines. The National animal of Hungary is Turul 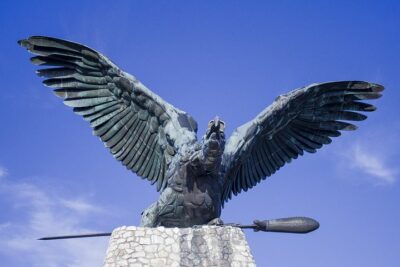 The National flower of Hungary is Tulip. Botanical name is Tulipa. 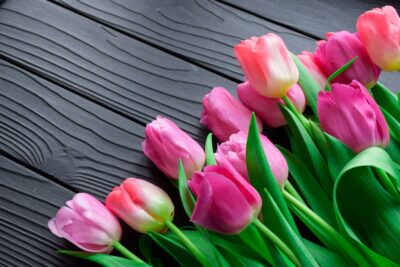 The National bird of Hungary is Turul

Rest of the National symbols of Hungary 👇

Compare Hungary with other countries

Compare Hungary with its neighbours How to pronounce Hungary