Famous for its steaks and tango as national symbols, Argentina is a vast country located in the south of South America. As the second-largest country on the continent, the country has borders with Chile on the west, Bolivia, Paraguay, and Brazil on the north, Uruguay and the Atlantic Ocean on the eastern part. The capital is Buenos Aires, and the official language is Spanish. Most of the country is Christian Catholic, but there are also some Evangelists. The demographics of Argentina comprises Europeans, Spanish, Italians, and Germans especially, along with Mestizos and Amerindians. Argentines use Argentinian Peso as their currency while the country code is +54 and the official domain is “.ar.”

Argentinian motto is “In Union And Liberty,” which comes from the Independence War at the beginning of the 19th century. The 9th of July is the national day which is the day that the country got its independence from the Spanish Kingdom in 1816. Just like Chile and Peru, Jose De San Martin is considered the father of the country and the national hero for his participation in the independence of Latin American countries. The Argentinian flag is a triband flag with blue bands and a white band in between. In the middle, there is teh Sun Of May which represents the Incan God of Sun. The national emblem has the Sun Of May on top and two hands holding a spike with a Phrygian cap, representing the unity of Argentinian provinces and power.

The national animal and symbol is the small bird Rufous Hornero, endemic to the continent’s south. The national fruit is the apple which is produced everywhere in the country. The Ceibo flower is another country symbol and national flower with its red leaves, and Ceibo is the national tree. As teh country is famous for its Steak, Asado, which means, Grill is considered the national dish. Fernet is the national drink, an alcoholic beverage originally from Italy, made from various herbs. Argentina is the birthplace of the romantic couple dance tango, which is the national dance. Gaucho is the national dress, which is a full custom resembling cowboys from North America. Monumento Histórico Nacional A La Bandera is the national monument located in the Rosario.

The national poet is Martin Fierro, and the natiınal instrument is Bandon, a particular type of Accordion. Argentinians are football lovers, but the national sport is Pato, played with horses and sticks with nets. Finally, Aerolineas Argentinas is the national airline, and the tourism slogan is “the Beats to Your Rhythm.” The National animal of Argentina is Rufous hornero The National flower of Argentina is Ceibo flower. Botanical name is Erythrina crista-galli. 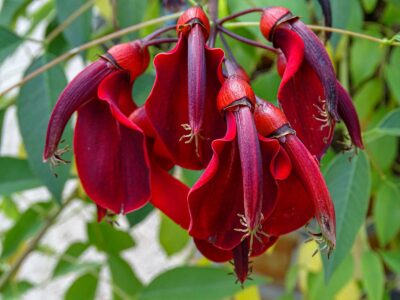 The National bird of Argentina is Rufous hornero

Rest of the National symbols of Argentina 👇

Compare Argentina with other countries

Compare Argentina with its neighbours How to pronounce Argentina