Oman, officially the Sultanate of Oman, is a country in Western Asia situated on the southeastern coast of the Arabian Peninsula. According to a recent global survey, Oman is the safest and friendliest country in the world for expats to live and work in. Muscat is Oman’s port capital and the most populated city in the country. Islam is the national religion and Arabic is the national language. The official currency is the Omani Riyal (OMR).

Said Bin Taimur is the national founder of Oman. Omanis celebrate the national day on the 18th of November which commemorates the independence from Portugal control; it’s also called Qaboo’s Birthday National Day as people celebrate the birthday of Sultan Qaboos bin Said. Various shows take place on this day including parades, camel races, fireworks, and much more!

Oman’s national flag consists of white, green, and red stripes that are the national colors including the country’s national emblem (Dagger and two swords). Oman’s national anthem is “As-Salam as-Solâni,” an ode dedicated to Qaboos bin Said, the former Sultan of Oman.

Sword dance is the national dance of Oman; it originated from historical sword fights between men. Men used swords to show their dominance in the past, later on, the sword dance evolved into a variant of ancient culture.

Shuwa is food that signifies a celebration. This slow-roasted lamb, which is considered Oman’s national dish, takes several days to prepare. The lamb is wrapped in banana leaves and baked in an underground pit for at least a day after marinating for 24 hours. Drinking coffee is an essential part of local culture, thus coffee is Oman’s national drink.

Dishdasha is a man’s national dress. It is a simple collarless and long-sleeved gown. Women wear a dress over trousers called Sirwal along with a headpiece called Lihaf.

Football is the most popular sport in Oman, consequently, it is Oman’s national sport. The National animal of Oman is The Arabia Oryx 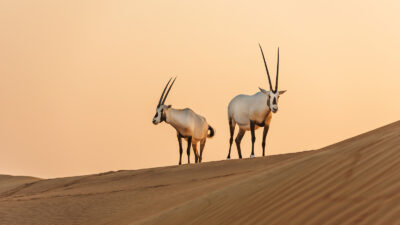 The National flower of Oman is Jasmine. Botanical name is Jasminum. The National bird of Oman is Barbary falcon 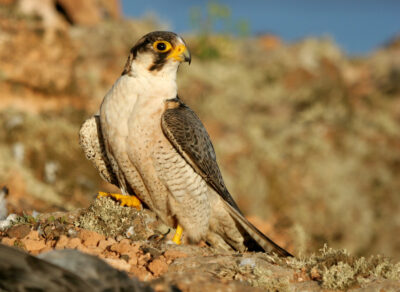 Rest of the National symbols of Oman 👇

Compare Oman with other countries

Compare Oman with its neighbours How to pronounce Oman