Niger is a country in Africa. It shares borders with the following countries: Nigeria, Benin, Burkina Faso, Mali, Algeria, Libya, Chad, . The capital of Niger is Niamey.

The official language is Arabic, Buduma, Fulfulde, Gourmanchéma and Hausa. and the West African CFA franc is the currency of the Niger. The domain is .ne and the country code is +227.

National day is celebrated on 18 Dec 1958. Every country in the world has national symbols including national animal, national flower, motto, etc and Niger is no exception.

In Niger, Football is considered as a national sport, and it is a passion of many Nigerien people. Biere Niger is not only a traditional drink, but one of the national drink of Niger. As poetry is a highly appreciated art, many poets like Not Declared represent a national Nigerien symbol.

The country was founded by Hamani Diori. The current president of Niger is Mohamed Bazoum and Ouhoumoudou Mahamadou is the Prime Minister.

The Nigerien national anthem was written by Maurice Albert Thiriet and composed by Robert Jacquet and Nicolas Abel François Frionnet. The National animal of Niger is Dama gazelle The National flower of Niger is Costus Spectabilis. Botanical name is Costus. The National bird of Niger is Black-crowned crane 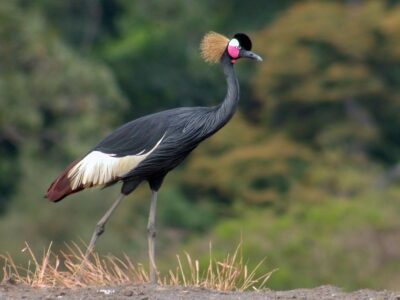 Rest of the National symbols of Niger 👇

Compare Niger with other countries

Compare Niger with its neighbours How to pronounce Niger