Belize is a country in North America. It shares borders with the following countries: Mexico, Guatemala, Honduras, . The capital of Belize is Belmopan.

The official language is English and the Belize dollar is the currency of the Belize. The domain is .bz and the country code is +501.

National day is celebrated on 21 Sep 1981. Every country in the world has national symbols including national animal, national flower, motto, etc and Belize is no exception.

In Belize, Football is considered as a national sport, and it is a passion of many Belizean people. Panti Rippa is not only a traditional drink, but one of the national drink of Belize. As poetry is a highly appreciated art, many poets like Not Declared represent a national Belizean symbol.

The country was founded by George Cadle Price. and Juan Briceño is the Prime Minister.

The Belizean national anthem was written by Samuel Alfred Haynes and composed by Selwyn Walford Young. Sub umbra floreo - "Under the shade I flourish"

The National animal of Belize is Baird's Tapir The National flower of Belize is Black Orchid. Botanical name is Trichoglottis Brachiata. 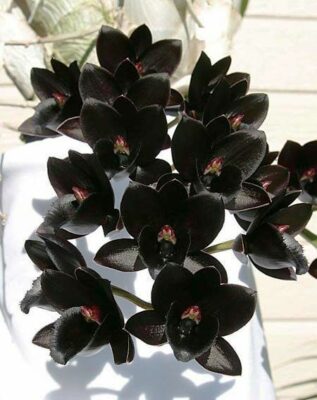 The National bird of Belize is Keel Billed Toucan Rest of the National symbols of Belize 👇

Compare Belize with other countries

Compare Belize with its neighbours How to pronounce Belize